Seeing as how Black History Month has already started, this list is a little late. And yet, after a conversation with someone I THOUGHT was a good friend today, I realized that it’s never too late to get your black card revoked for not having done your homework. You can’t be a truly progressive modern black person if you haven’t at least seen these 28 films. Think of this as a Black History Month advent calendar: 28 days to better blackness,* complete with reasons why.

If you want to know why Prince is still such a big deal at 55 and bringing in Super Bowl ratings at 11:00 at night on a shit show like New Girl it’s because 30 years ago he did this little student film called The Kid & His Weird Biker Gang, totally reinventing not only what it meant to be a rock star, but all of black cool. Bonus point: He fucked up nightclub fashion for about five years straight.

While there were other films before this that captured black neighborhood life, Boyz did so from the perspective of the ‘hood itself, and well. It was the first movie in the modern black film era to draw out black nihilism in a realistic way, and is the gold standard for ‘hood films.

The only way this film could be any blacker is if Steven Spielberg gave the job to Spike Lee (who would have fucked it up).

The best acting Angela Bassett or Laurence Fishburne have done in both of their careers. Tina is larger than life in people’s minds, and this film brings a real humanity out of the myth, despite scene after scene of raw inhumanity.

One of those rare films that shows you unpopular (and to many, unknown) aspects of black life that real black people see all of the time, like that we have lifelong friendships and we actually love to read books.

This is one of those films that you can’t watch if you’re going to be around white people the next day. Imagine how you felt watching the whipping scene in Roots, then multiply that by ten. Even giving it a moderately less-sad ending than history shows doesn’t alleviate the drag of dread that permeates this film and the true story behind it.

Day 8 – The Women of Brewster Place

One of the most powerful casts of black actresses in a movie ever. The rare black film based on a book, and the even rarer one that makes you want to go read it afterwards.

If you only see one Spike Lee film in your life it has to be this one. An unassailable ensemble of characters unlike any seen in film before, and a slice of life story so thick you can chew it while you watch. Spike’s masterpiece.

The first – and best – black fantasy since the 1970s era. Classic songs, classic performances, and a Michael Jackson you could be proud of.

No black film list is complete without a film by our greatest actor, and of his films, this is the one you HAVE to see, if for no other reason than the ten minutes when he arrives in town and the racist cops pretty much manhandle him until they find out he’s a cop. Oh, and the part when he slaps the shit out of an old racist in a greenhouse.

I guarantee you that your cousin has a copy of this in their house right now, no matter who your cousin is.

Murphy, Pryor and Foxx in the same film and it’s funnier than all of their films combined. Classic performances and perfect casting have made lines form this film standard parlance in black conversations ever since. Della Reese getting hit with a trash can in an alley fight – and then getting up for more – is going to have you wearing out your rewind button.

Before Denzel Washington became the heir apparent to Poitier, Howard Rollins was well on his way to becoming Hollywood’s shining black star. This film is the best example of why that was true, AND it’s filled to the brim with black actors bringing the heat…including Denzel.

Of the three Poitier/Cosby films you need to see, this is the one that will fill you with the most joy. Seeing Cosby roll out in that gangster outfit to threaten John Amos is, how shall we say, worth its weight in Jell-O Pudding Pops and Picture Pages.

You can forgive the entire Wayans clan for almost anything else they ever did in the 90s thanks to this haymaker of a comedy that spoofs so many black tropes it should get two days on this calendar.

While funny as hell, this movie is packed with anti-stereotype gut punches. You could watch this today and it would still be as relevant as it was when it came out…unfortunately. 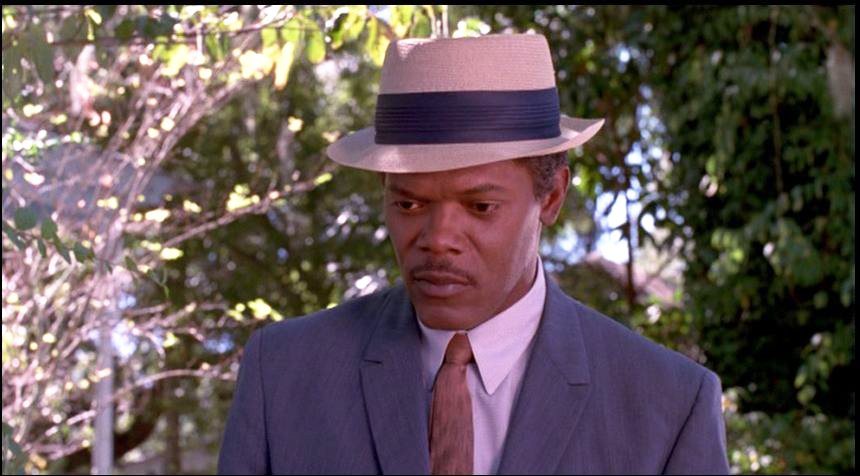 This film is so unique and indescribable that no one has tried to make a film like it since. THANK GOD.

If you weren’t made to watch this in school, you missed out on what was pretty much the only black history thing you could watch in the 70s except Roots. Cicely Tyson’s grandest performance.

This was a tough one because for blaxploitation rights, impact and sheer audacity, it was a toss-up between this, Shaft and Sweet Sweetback’s Badassssss Song. While Sweetback is the progenitor of blaxploitation film, and Shaft is a black cool standard, Superfly is simply the best movie of the three. Add The Mack to this film and Shaft and you’ve got the Blaxploitation Holy Trinity…and a lot of jokes.

This film was deceptively clever, and every black comedy has been chasing this one ever since. It was honest, had a natural, life-like rhythm, and was the funniest movie the year it came out. I hadn’t laughed harder at two weedheads since until Half Baked came out.

No discussion of film during Black History Month is complete with mentioning the one that theaters pulled out of movie houses because they realized they were projecting instructions on how to stage a coup against a racist society disguised as an action flick.

Of the “black music since 1980 on film” sub-category, this one won out over similar fare like Krush Groove and (God help me) Breakin’. Capturing not only the music of its time, but the lives of the people who were making it, it was the perfect hip-hop film, and still hasn’t really been beaten.

Sisters got to work it out too. All of the ladies brought their A-game and its a powerful testimony to sisterhood and friendship. And bonfires.

While Denzel is the marquee name on this detective thriller that should have gone on to multiple films, this is Don Cheadle’s film. Cheadle should have been nominated for an Oscar here, but he was too unknown and no one in Hollywood could tell if he was acting or not.

Black love never looked so fucking pretty (until The Best Man). Also, this film launched a million black poetry readings in an attempt to get some Nia Long-looking ass. Alas.

Black ‘hood nihilism has never been so thoroughly wrought as it was in this film. Black people were scared watching this film, as we saw our beloved Boyz N The Hood quickly turned into a pants-pissing nightmare that we KNEW wasn’t as removed from our own lives as many of us pretended.

Come on. You’ve been putting it off because you know it will fuck you up. It’s time, though. Man up and see it. It’s Black History Month, for God’s sake.

* If you’re not black, better black awareness. But don’t get it twisted: 28 movies do not a culture make. Don’t get your ass beat for trying to understand your black co-workers by suddenly dapping them up or trying to debate the symbolism of Doughboy shooting that Eazy E clone in the back.