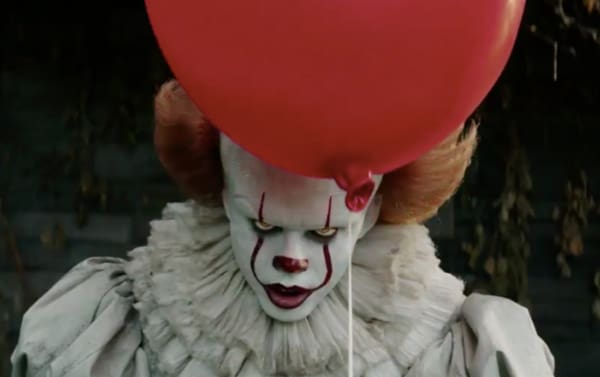 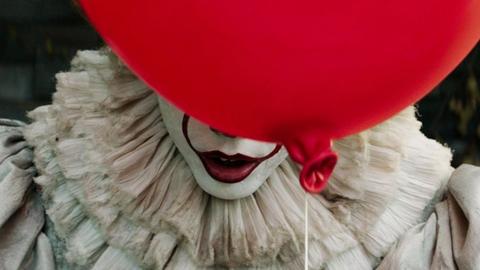 It is impossible to capture the sum of Stephen King’s novel “It” cinematically, and that’s probably a good thing. While a classic of horror literature, it’s not a book that has aged particularly well and is filled to the brim with King’s worst tics: overblown word count, rapid-fire clichés as a functional dialect, gross misogyny, inner monologue diarrhea, shock racism…the novel has it all. The story persists because the idea is gold, and if you’re willing to wind through the weeds of its 1000-plus pages there is a strong coming of age/horror mash-up there. It’s not remotely as seamless as some of King’s other coming of age stories (he has many), but it does sport an engaging group of kids who become a compelling group of train-wrecked adults to fight a fascinating monster, and at multiple stages of their lives. Again, it’s impossible to make the novel into a good film, but it is possible to make a good film out of the novel.

“It” accomplishes what the just-released King adaptation “The Dark Tower” attempts to do but fails at: wrangling an unwieldy and dense King tale into a film that can stand on its own. It accomplishes this in part by allowing itself to focus solely on the youth era of the book (updated many years from 1958 to what is now the new classic decade of the late 1980s) and not treating the film strictly as the first part of a multi-film cycle. The film is rounded out (too pat perhaps, but fine) so that it can be taken by itself. Most people going into the film either a) haven’t read the book or b) don’t realize the film is the first of two, and director Andrés Muschietti (who with just two films has become a notable horror stylist) wisely wraps the film up in such a way that even if you know another part of the story is coming, you’re satisfied by what’s on the table.

Another way “It” succeeds is that it knows what to cut out of the source material. Even diehard fans of the book probably won’t miss the excising of the Ritual of Chud, page after page of corny Americana nostalgia, various degrees of underage sex, or cosmic god-like turtles. It has done away with the generational time-hopping, opting for a more linear and easier to swallow narrative for general audiences. It has switched out many of the monster’s previous stock forms and presented scarier manifestations. This was all stuff ripe for trimming, and the movie moves along at a good clip because it knows what we want to see: some badass kids taking it to a monster. It is possible the film is too genre-standardized around the edges, but all in all it stands proud in its decisions, and they work. We get genuine scares at a rhythm that doesn’t play around.

We are treated to excellent casting all around, and though Bill Skarsgård’s Pennywise is well done, he’s understated compared to the old Tim Curry villain many of us were raised with. Much of Pennywise’s affectations have been flattened to sheer visual terrors. This is in no way a bad thing, but I’ll be looking for some amplification in the second go-round since that’s when the characterization of Pennywise really ramps up.

The real stars here are the children, who stand out individually and collectively, and accomplish the difficult job of getting viewers to care about them as people who must ultimately make a lot of unrealistic and bad decisions to propel a horror movie along. This is the genre’s bread and butter by design, but I ended up liking these kids and wanting to see what happens to them after this film. Some seasoning is given to a couple of key characters that is different from the original recipe: Loser gang leader Bill is emotionally motivated here not by the loss of his younger brother Georgie, but his mysterious disappearance, which Bill refuses to register fully as a loss and instead attempts to sell people over and over again as a rescue attempt. Mike loses his parents out the gate, which further distances him in the town aside from already being the only black kid. These small changes serve to give him some emotional heft in the film he otherwise loses in translation, since in the book he gets to shine for numerous chapters as a first person recorder of events.

All in all this movie works: it’s actually scary, it hustles, it gives us people to care about, and it does all of this in a genre that usually can’t be bothered to do any of those things in genuine or laudable fashion. The film isn’t a transfer of the novel; it’s a translation, and one of the better ones. Trust me: Even as a lifelong King fan, “It” is not even close to being one of my favorite King novels. I don’t think I’ve ever recommended it to anyone, and as a librarian by trade, that’s my job. But I can certainly recommend this movie, and I’m eager to see if they can carry the good will this one generates into its sequel, which will have many other challenges besides matching the quality of this film.