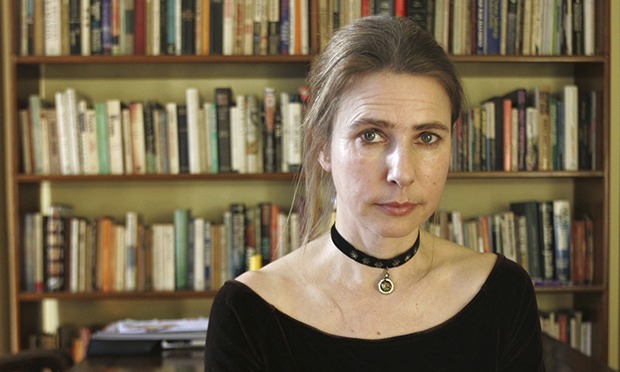 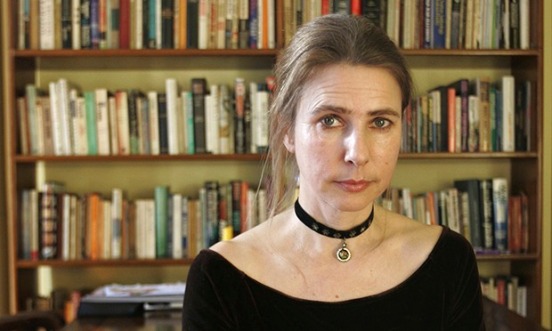 I spent much of my time reading writer Lionel Shriver’s recent speech at the Brisbane Writers Festival first, with my mouth open, then trying to ascertain if she was genuinely obtuse or trying to win a flame war as the worst troll ever. Much of what she presents as evidence of the problem with “cultural appropriation” are bald-faced softballs. Then there is the targeting of appropriation at all, which I found weak and which she only seeks to support with some pretty racist examples. If appropriation is the strongest argument she’s getting about what’s wrong with how she and other writers use non-white characters, she needs more black friends. But then, her views are so harrowingly narrow, elitist, and flat-out wrong that she couldn’t keep a black friend around for long. Maybe if she put them on leashes, like the black character in her book “The Mandibles.” She certainly doesn’t see why anyone should read racism into it, seeing as how it wasn’t her intent.

You wish I was making that up.

Bashing “identity politics” is her not-as-slick-as-she-thinks way of saying something more insidious, like “get over slavery.” “Identity politics” is what you tell Trump voters to get them frothing at their televisions. She commits a similar crime with “tokenism” by flipping its switch into the extreme position to show how “wrong” it is when she’s really turned it into more of a how-to-do-it-wrong scenario so tone deaf that even people who dislike tokenism would scarcely agree with her outcome. She uses a lot of logic that politically equates to the kid who hates losing street ball and, huffing, takes the only bat home so no one else can play. In this case, of course, the bat is her and her books, or rather the magnificent books she could be writing if she weren’t scared of what identity politicians would think of her intentions. There is so much normative blindness here I wonder if she’s actually met anyone who wasn’t white ever.

She should take a note from Stephen King.

I’m on record over many words and many years giving Stephen King grief over how he inserts and uses black characters in his stories, and not just the Magical Negroes. Yet, at the end of the day, none of the hymns rising from my choir of hurt black readers has put a dent in his stride. He writes what he wants, how he wants, when he wants. He’s been rich enough long enough not to care what anybody thinks. As normal people go, he’s got God money but to writers – most of whom don’t make a living solely off of their writing – he’s got something infinitely better: he’s got Fuck You money. Fuck You money is great because it’s an amount of money that accomplishes one thing and one thing only: the ability to do, say and think anything you want. We’re talking something like $400 million dollars and he doesn’t have to leave his couch to make it. As a writer he can write whatever he wants and if a publisher doesn’t like it, well, they certainly wouldn’t tell him. He can publish with anyone. Stephen King could guest edit an entire issue of Ebony magazine tomorrow if he wanted to. Fuck You money is not even money anymore. It’s freedom. And Stephen King doesn’t care what I or anyone else thinks about his black characters.

Well, Lionel Shriver doesn’t have Fuck You money. She’s probably working on it, but in the meantime she’s writing what she writes and operating at a level where I guess she still feels compelled to talk to people about why she does what she does the way that she does it. King doesn’t have that problem, and to be honest, you don’t need Fuck You money to get there. You just need conviction. And Shriver doesn’t have that either. She has something that looks like conviction – she has fervor – but underneath all of her antagonistic takes on what’s wrong with caring about what non-white, not straight people think about how you write characters that look and live like them, there is a whiff of exasperation. She knows that cultural appropriation does not fall solely under the purview of writers, and yet she makes a writer’s case to abolish all consideration of it. Well, where does that leave a reader? Where does that leave an instructor? Where does that leave the ideas and questions a book raises that, by her logic, should be sought and asked but apparently never answered to anyone’s satisfaction?

There is no genuine consideration of the other side of her argument because she speaks as if she fears any earnest consideration would taint her. She reminds me of poets I have encountered over the years who opt out of reading other people’s work because they don’t want to mess up their “original voice.” It’s a ridiculous stump to stand on in both worlds.

I would suggest that her positions are dangerous, and they are, but really, they’re not fresh in any way. This is the same script that Republicans have been using to incite voters to the polls for decades. “Identity politics” is the new “political correctness” and I’m surprised that a self-labeled iconoclast would lean so heavily into so common a position. If you exist in any writing circles you’ve likely already encountered similar diatribes, though their dog whistles are pitched differently. Similar arguments have been unfolding in poetry and visual art and genre writing for years.

I don’t agree with any sentence of her address, and it isn’t because my answer to the question of “Can white writers write non-white characters?” is argument is “no.” If that is in fact the level of response she’s basing her arguments on then her detractors have managed to make me do the one thing I otherwise refused to do reading her speech – sympathize with her – for which a part of me will forever hate them. It certainly isn’t the response I would lodge. I would say, “Let’s look at work that does this right and see how it ticks.” I would pull out (just to pick a book that came out this year alone) Matt Ruff’s “Lovecraft Country”. (Funny, how a genre book that would probably be beneath her and her critics’ notice might have an answer to this question.) I would point out how he, a white writer who does not have Fuck You money, has written a novel with a broad ensemble cast of black characters that did not make me want to throw the book across the room. Quite the contrary: I want every white writer to read “Lovecraft Country” and talk about what he’s doing in there. I want every black writer to read it because I want them to feel the pinch of fear I did while reading it, thinking, “This dude is making me think about how I write my own people.” And I want Shriver to read it because while her fears at the level of a writer are invalid, they have a basis in some better, more pertinent questions that deserve better answers than the ones she gives.  Her other fears – the normative, white tears, entitled fears – those can crawl into a cave and starve themselves into a dismissive death.

This is where the writer normally suggests that Shriver had a chance to do something serious and productive here but she missed her shot. This writer cannot put that sentiment here. Shriver does not possess the tools or inclination to address this issue beyond her fantastic insularity. She was invited to come speak on some literary convention or writerly consideration, and she showed up with a hit piece whose thesis was basically, “Oh shut up about your oppression already.”

Well, I find it refreshing. I like that she’s thrown herself and all of her work on that particular pile. It will make for an interesting dissection frog for those enrolled in writing classes, and become the stuff of liberal legend around workshop campfires. I like my racism where I can see it, letting itself hang out, stretching its arms, wondering what all the fuss is about. I love it somehow both blatant and masking itself as fair discourse. Better in our writers than our police and teachers and politicians.