Prince did not celebrate his birthday for several reasons, but that date came and went yesterday with great fanfare, even a new album. I opted not to celebrate this year until it was over, a mild nod to his wishes that could have changed at any time for me. No posting of videos, no reflective essays, no tweets. Just keep it moving. Do the work of living and, if I was lucky, the future.

This morning I woke up ready to do the celebrating I had forgone the day before, but was then reminded that it was the anniversary of the death of Anthony Bourdain. I was commissioned to write a eulogy last year and honored his passing with an exorbitant meal in a Maine seafood restaurant by the ocean, a burial at sea for a writer who had influenced me greatly.

One second separates the anniversaries of Prince’s birth and Anthony Bourdain’s death. Because of their importance to me as a writer and the degree to which they have contributed to my development as a human being, I tried to conceive of a way to intersect the two men’s worlds, to celebrate them both at once. And then my stomach growled.

Prince mentioned food regularly in his music, and the God Bourdain is a god because of how he deftly processed the world through cuisine and then letters. It was there that I dove in, looking for instances in the first that, taken with the second, might expose a more human moment. There are a lot of Prince songs named after foodstuffs that aren’t about food at all (Cream, Tangerine, Peach, Lemon Crush, Under the Cherry Moon, Ice Cream Castles, Chocolate, Chili Sauce) and songs about other things that have passing mentions of food (Good Love, June, Movie Star). At the same time, there are lots of things that Anthony Bourdain said or wrote that practically ensured these two might never end up across a dinner table from one another. And yet, we all have to eat. Here is hoping that there exists a place where two people who couldn’t be more different can at least sit down next to a record player, play these ten jams, and ponder the condition of love, life, and my personal religion, food.

Starfish and coffee
Maple syrup and jam
Butterscotch clouds, a tangerine
And a side order of ham

Prince’s breezy pop ditty couldn’t be more harmless unless one actually tried to eat this meal. Starfish is less than an acquired taste, and unappealing in about every traditional way. But then, if you ever find yourself in a region that dabbles in the echinoderm, you’ll no doubt want that side of ham to go with it. Of course, such a meal would have likely turned Bourdain on: “I’ve long believed that good food, good eating, is all about risk. Whether we’re talking about unpasteurized Stilton, raw oysters or working for organized crime ‘associates,’ food, for me, has always been an adventure.” 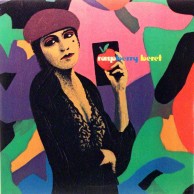 Despite the many instances in which Prince uses food references in his music, their meaning rarely extends to the genuinely edible. While fine working in primary colors (red corvettes, purple raindrops), when things get a little saucy he liked to fly in food where a crayon color would do, thus raspberry appears as a descriptor for an item I am sure the Sears catalog lists as “scarlet”. Prince understood what all chefs know about the influential properties of food. Bourdain: “Food had power. It could inspire, astonish, shock, excite, delight and impress. It had the power to please me . . . and others.” 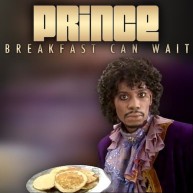 This track is a foodie anthem dressed up as a Prince song. Sporting references to all manner of morning-after menu items – “Grits and gravy, cheese eggs and jam”, “Hotcakes smothered in honey” and his go-to beverage, coffee – the song is a four-course seduction, and one of the few instances in his work where he talks about food as food and not as pretty much anything other than something to eat. The God Bourdain had a related thought on the matter: “You can dress brunch up with all the focaccia, smoked salmon, and caviar in the world, but it’s still breakfast.”

My love will be your food

If you ever sang along with this Prince line and wondered what a dish of his love might taste like, Bourdain comes quick with the closer: “What is love? Love is eating twenty-four ounces of raw fish at four o’clock in the morning.” 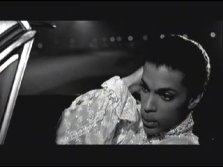 This morning there was joy in my heart for I know that I love you so
Scrambled eggs are so boring, for you’re all, all that I want to know

You can count on one hand the number of times Prince ever allowed himself to be seen eating anything, but his film, Under the Cherry Moon, has a scene in which he partakes of a non-descript meal. Thanks to the oddly specific shout-out to eggs in this song and what can be seen, I like to think it was an omelet. (The movie does take place in France, after all.) If I come off as overthinking this, Bourdain assures us of the importance of the matter: “I have long believed that it is only right and appropriate that before one sleeps with someone, one should be able—if called upon to do so—to make them a proper omelet in the morning. Surely that kind of civility and selflessness would be both good manners and good for the world. Perhaps omelet skills should be learned at the same time you learn to fuck. Perhaps there should be an unspoken agreement that in the event of loss of virginity, the more experienced of the partners should, afterward, make the other an omelet—passing along the skill at an important and presumably memorable moment.” 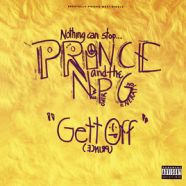 Prince was vegetarian for much of his life, so him asking someone he just met what they want to eat is kind of pointless. A carnivore may offer a guest meatless options, but a vegetarian can only offer what they have. Interrogating the social contract in that light calls to mind a notoriously rank view of vegetarians by Bourdain: “Vegetarians, and their Hezbollah-like splinter faction, the vegans … are the enemy of everything good and decent in the human spirit.” 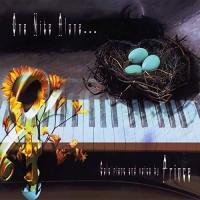 Can I offer u baklava? Or a bagel with cream cheese?

Now see, THIS is how a vegetarian host navigates mixed company: Here is what I have. What would you like from these options? It is a culinary parlay, a middle ground that can be reached in the physical world if not the philosophical plane. Bourdain was an omnivore but he was fully capable of understanding why people might go vegetarian: “PETA doesn’t want stressed animals to be cruelly crowded into sheds, ankle-deep in their own crap, because they don’t want any animals to die-ever-and basically think chickens should, in time, gain the right to vote. I don’t want animals stressed or crowded or treated cruelly or inhumanely because that makes them probably less delicious.” 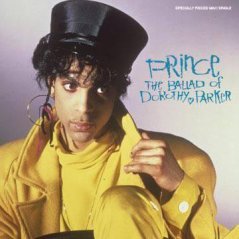 Well, I ordered, “Yeah, let me get a fruit cocktail, I ain’t too hungry”
Dorothy laughed
She said “Sounds like a real man to me”

This song flips the power dynamic of the served to the position of truly served, as Dorothy holds all the cards here. She is wiser, quicker, and funnier than Prince. He has met his intellectual match. She’s never not in control of the situation, and Prince wisely leans back and goes along for the lesson. Bourdain reflects on how this might have gone; how it usually does, in fact (which would have given the world a far worse song): “I am not a fan of people who abuse service staff. In fact, I find it intolerable. It’s an unpardonable sin as far as I’m concerned, taking out personal business or some other kind of dissatisfaction on a waiter or busboy.”

I’m sexy, love sexy right down to my feet, good Lord
And I’m sexy, good god, with the bacon meat

Easily one of the funniest things Prince ever recorded, this track is essentially a freestyle rant over Morris Day playing drums while he plays some truly nasty bass. The song is decadent, like a meal you know you have no business eating, and Bourdain perhaps describes the sensation best: “Our movements through time and space seem somehow trivial compared to a heap of boiled meat in broth, the smell of saffron, garlic, fishbones and Pernod.”

It seems fitting to conclude this trip down the rabbit hole with a little sadness, with the blues. Prince hits us with a blues construction, very much in the vein of Howlin’ Wolf’s “I Asked for Water (She Gave Me Gasoline),” down to the vocal affect. Culled from a found rehearsal tape, this song is a song no one was ever supposed to hear, which I find apropos in a reflection of two men whose deaths I never remotely considered until they happened. I never considered it because their lives were so full, brimming with experiences and ways in which to convey them. While it is impossible to know another’s trials, what is clear in both Prince and Bourdain’s paths is that they reached for life while they were able, soaked in its sensations and lessons. Bourdain wrote frequently on the matter, often like an apostle preaching a full life gospel taking on the raiment of a new religion: “Do we really want to travel in hermetically sealed popemobiles through the rural provinces of France, Mexico and the Far East, eating only in Hard Rock Cafes and McDonalds? Or do we want to eat without fear, tearing into the local stew, the humble taqueria’s mystery meat, the sincerely offered gift of a lightly grilled fish head? I know what I want. I want it all. I want to try everything once.”

2 thoughts on “Prince and Anthony Bourdain Walk Into a Bistro: The Food Music of Prince, the Wisdom of Bourdain”