BLACK DAMAGE ALERT LEVEL NOTICE: After much consideration and research, the TV show black-ish has had its BDAL rating downgraded from “WTF” to “Moderately Safe.” I repeat: it is officially okay to watch black-ish now.

Seriously, I gave this show a hard time out the gate because the pilot was pandering garbage. It started to turn around halfway through the first season and it has only gotten smarter, more culturally wide, and funnier since then, and it accomplished that in at least ten key ways:

1) Jenifer Lewis.
The race between blackest mother on television is between Jenifer Lewis as Dre’s mom and Cicely Tyson on How To Get Away With Murder. Considering her competition is Miss Jane Pittman, you have to admit Lewis is bringing that range, sir.

2) Charlie.
The actor who plays the cryptic, ever-smiling sociopathic co-worker Charlie is Deon Cole, but it doesn’t matter because you’ll never erase his portrayal of the did-he-just-say-that Charlie from your head. 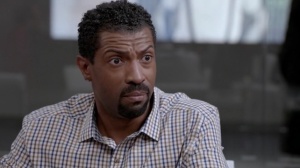 3) Diane stopped being a kid.
Diane was always the smart kid out of the bunch, but black-ish wised up and turned her into the conniving Stewie from Family Guy. Also, the knowing, Seinfeld vs. Newman back and forth between her and Charlie needs to happen more. I never want to know why they have beef, for the record. 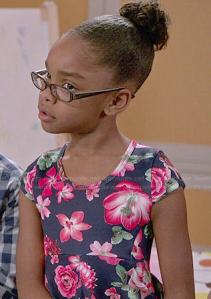 4) It doesn’t try to be The Cosby Show.
Unlike a lot of black shows (or black shows that white companies control the content of), black-ish never really went for the Cosby moral high ground. It’s loaded with morality plays, sure, but not because it’s mimicking the greatest black TV show of all time, but because it has genuine issues it wants to tackle (instead of make fun of, which is what the gross pilot did). It’s making its own way, utilizing contemporary value observations. And with the value range of characters it has it can step in and out of the anti-monolithic blackness that, you know, actually exists. 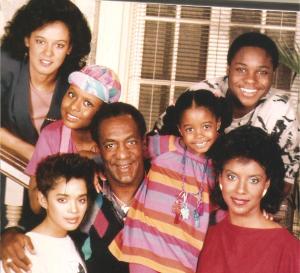 5) They don’t dwell on white people for points.
I had a fear early on that it would be an assimilation rant for a couple of years before it died; that the Johnson family would constantly be asked to define itself in relation to whiteness as some kind of human film negative that danced a lot. Fortunately, they got out of the easy “stop acting white” stuff and turned much of their tension on the effectiveness of various black behaviors and ideas. Lawd, yes. This show was not going to make it hoteping its way to ratings by showing ridiculous racist co-worker caricatures every week. Look at the IMDB description of this show from day one:

“A family man struggles to gain a sense of cultural identity while raising his kids in a predominantly white, upper-middle-class neighborhood.”

Black-ish isn’t really any of those things now, and THANK BLACK TV BABY JESUS FOR THAT. 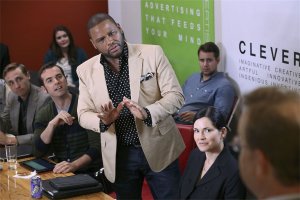 6) It got fearless.
While some of the jokes border on self-offense (African naming ceremonies are actually really powerful expressions of self-definition, not voodoo), I really admire how they swing for the bleachers on their chosen issues (referencing the Tuskegee Experiments in an episode about black health care was some real talk). Depending on the topic, we find that we haven’t been given pat answers, which I also appreciate. It’s just enough information to launch these conversations that America keeps saying it’s glad we’re having now, even though I can’t find any of the good mainstream ones once I remove this TV show from the equation. 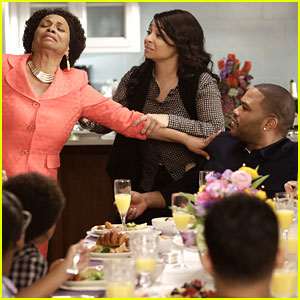 7) It’s a great case for diversity behind the camera (*cough* Matt Damon)
While this show has no shortage of writers from all kinds of backgrounds, the best part of the roux are the parts where the actors – most notably Anderson and Ross as leads (and I am positive Lewis as well) – get to toss in references from every day black life that don’t usually see the light of day. The rapid fire pace of a sitcom lends itself to this sort of thing, and they make no secret of their roots in these ad-libbed exchanges, which amps up the show’s authenticity. This is why you put black people on your black art, Hollywood. That, and to keep you from making the 975th black drug dealer character this year.

8) They peeled back on the music narrative device.
We get it: black people love music. By the second season they’d cut back almost altogether on the dance montages and costuming and just told stories about people, not tropes. Well played, black-ish. 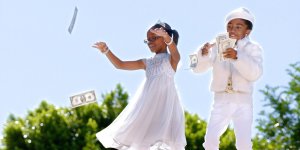 9) More Laurence Fishburne.
My fear at the end of season one was that he would stay a bit character with too few entrances, and that’s just wrong. You don’t get Jimmy Jump on board and not use the man. He’s got comic chops that remain largely untapped throughout his career. The second season has corrected this error. 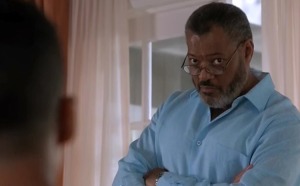 10) They peeped the game.
Since it would be poor form to list Jenifer Lewis twice, I’ll put in a political note: in becoming not only a better TV show, but a good TV show, it raises the bar for the next black show. I am not generally of the mind that Black people need to support something because it’s black. It’s 2015: there are plenty of examples of good black art to build off of. I don’t have to keep buying your shitty rap album when there’s a perfectly good album on bandcamp that doesn’t make me hate myself so that you can keep your show business job. Black-ish gave us enough of what Hollywood wants to get in the door, and then once it got in, it started doing the show its creators really wanted to do. Their turnaround time was, by my count, four episodes. That’s enough time to stop playing the game to get your foot in the door and figure out how to turn your opportunity into something meaningful, if that is in fact your goal. You don’t have to keep pretending that you need to be a gangsta coon for four albums so that you can amass the resources to make that good black art you really want to do. I appreciate that the show is now standing on its own legs, being its best Black self, and reaping the benefits for its temerity. In short, it leveled up instead of making me level down. 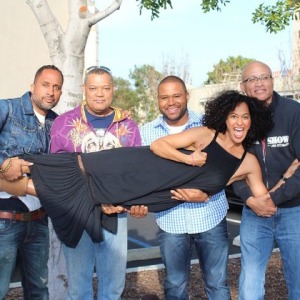 One thought on “How Black-ish Saved Itself”