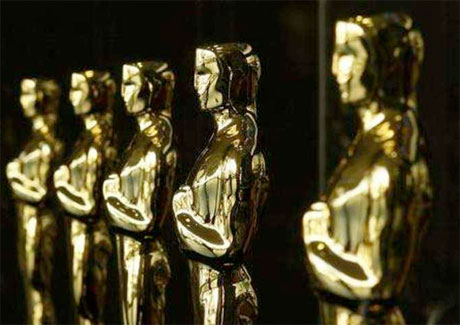 Let me start by saying I don’t care about who wins an Oscar. It is an award missing the boat on a great many things regarding the recognition of art, but it is not an award without merit. I recognize what it’s supposed to represent, and I allow that it can change the course of a person’s career just by being nominated (unless you’re Mo’Nique, apparently).

That said, they’re far from representative of the field or its quality, no one in the Academy seems to care that this disparity exists (and they’re the only ones who should be invested, so if they don’t care why should I?), and I’m not wasting four hours of my life on a late Sunday night to see if I won an office pool. But people like drama, so the seemingly exclusive release of an anonymous, “brutally honest” Oscar voter’s commentary is news this week, even when everything about it shouldn’t surprise anyone.

In fact, let the first observation be that if you were surprised that this commentary exists in an industry in which…

a) every minority combined is outnumbered by whites at a ratio of 3:1 in lead roles,
b) women are 25% of lead roles in films while being 50% of the population, and
c) more than half of the top-grossing films released have less than 10% minority casting

…you need more books in your life. Do you know how many popular films non-white writers write in Hollywood? Roughly 8%. If Shonda Rhimes got hit by a bus tomorrow it’s possible that number would evaporate altogether. So the first thing we need to recognize is that this is how the machine operates, how the people in it generally think, and whoever’s idea it was to start sharing voter comments is either a subversive genius or the same idiot who thought Bill Cosby should run a meme contest on Twitter last year. I’ll be focusing solely on the racial part of the first voter’s comments since that’s all anyone is talking about in earnest anyway. I should also mention that while we’re fixated on this voter’s diatribe, it’s merely the first in a series of similar exposes, but the other ones give, at best, cursory mentions of Selma, and were clearly prodded to do so by the interviewer.

To wit, what she wrote:

First, let me say that I’m tired of all of this talk about “snubs” — I thought for every one of [the snubs] there was a justifiable reason. What no one wants to say out loud is that Selma is a well-crafted movie, but there’s no art to it. If the movie had been directed by a 60-year-old white male, I don’t think that people would have been carrying on about it to the level that they were. And as far as the accusations about the Academy being racist? Yes, most members are white males, but they are not the cast of Deliverance — they had to get into the Academy to begin with, so they’re not cretinous, snaggletoothed hillbillies. When a movie about black people is good, members vote for it. But if the movie isn’t that good, am I supposed to vote for it just because it has black people in it? I’ve got to tell you, having the cast show up in T-shirts saying “I can’t breathe” [at their New York premiere] — I thought that stuff was offensive. Did they want to be known for making the best movie of the year or for stirring up shit?

1) Snubs are real.
Hundreds of films are released every year. If you just used math you’d know that there are snubs every year. Suggesting that you’ve culled the field from 600 to 10 based solely on the merits of its art – let alone that you can justify every one of those snubs beyond personal taste, political machination or social mores – is laughable. Snubs are part of the game. It’s not a level playing field from conception to production to distribution. It’s why Hollywood actors and directors left the film industry in droves to do TV while Hollywood drove its stock into the ground: studios wouldn’t budget the films anyone wanted to make. Who gets nominated is as political as who gets to go to Washington every couple of years, maybe more. The more common question should be WHY a movie got snubbed, not DID a movie get snubbed.

2) If this statement were an issue of taste, it’d be half as long.
The voter said Selma has craft, but no art. I don’t know how she defines that, but if it’s acting, it possesses it. If it’s cinematography, it possesses it. If it’s a well-written script that will hold up over time, it possesses it. If it’s wardrobe, it possesses it. If it’s a sense of direction and vision, it has that by the ton. None of this means you have to like it, and this voter didn’t like Selma. She doesn’t care if you disagree with her about liking Selma. What she dislikes is anybody suggesting that she’s racist if she doesn’t. I agree with that sentiment on the surface, but I disagree with the way she couched that sentiment by suggesting that the film is inferior to the other films that were nominated. I agree that a film containing no art shouldn’t be nominated. But if that were her position, that should have been her ONLY position. The rest of it is how she feels. What she thinks about Selma’s lack of art is what she has to say to get away with saying how she feels. In short, this is a typical visceral reaction to having one’s racism challenged.

3) If Selma had been directed by a 60-year-old white male it would have picked up more nominations, not less.
Setting aside the impossibility of any two people creating the exact same piece of large scale art, we’ve seen what happens when old white men direct black stories: the films get a bump. The Color Purple was nominated for 11 awards with a largely unknown black cast. That film was collecting nods for costumes and makeup. But let’s be clear: all of that attention was a testimony to Steven Spielberg’s direction. If a black director would have made The Color Purple – which is somehow far more unlikely in 1985 than a 60-year-old white man directing Selma to Ava DuVernay’s specs in 2014 – it wouldn’t have gotten anything resembling those kinds of accolades. It would have been Daughters of the Dust, except for the part where it took six years after The Color Purple to get Daughters into theaters and become the first film directed by a black woman to get mainstream theatrical distribution in America. So tell me again how being a black woman director in the Hollywood system is a boon and not still a hurdle. The next thing out of this voter’s mouth was likely “affirmative action is eating up all our Oscar nominations!”

4) Only hillbillies are racists. Ergo, Hollywood is not racist.
Do I have to explain this one? Do I have to draw out how you can be racist and not a stone cold bigot burning a cross on my lawn? See, this is Hollywood’s problem: everything has a price and is ultimately disposable, so everything is seen in extremes in the name of efficiency. If you’re not this then you must be that, so you go here. If you’re not rich then you’re poor, so you must be unhappy with your life. If you’re black then you must like rap music, so call the cops. Lady, trust me: you’re racist as hell.

5) Black voice is annoying, especially near Oscar time.
In short, this voter’s thinking is the kind of thing Selma dismantles so perfectly just by existing. The stars wore political t-shirts that brought all of that non-Hollywood rabble to her doorstep. In her mind at least one of two things happened when she saw those shirts: she thought it was either an eye-rolling exercise in generating cultural resonance – and thus financial support – for the film, or it was an eye-rolling exercise in generating Academy support by being controversial and noteworthy. Anything else simply did not compute. No way that was that a political action. No way was that an attempt to acknowledge the larger theme of society’s racial tension by extending it beyond a mere watching of the film. The existence of black voice requires no further examination by this viewer. She’s Hollywood. She knows what it was about. Clearly.

Selma got a Best Picture nomination. That’s no small feat. But Selma is also the best film I’ve ever seen about civil rights and one of America’s iconic figures. King has long deserved a film worthy of his legacy, and Selma is it. That this voter didn’t like it is her right, but having a right isn’t the same as being right.