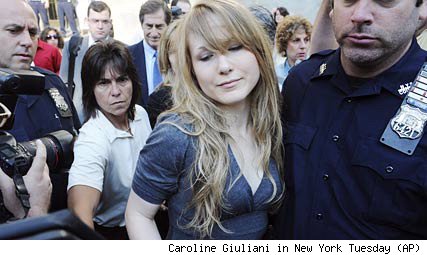 News flash: the justice system treats people differently based on who and what they are. In aid of this mind-blowingly original thesis, I present the following cases. I offer them here, not because people don’t know that the justice system is broken, but because people act like they don’t know. With the exception of one case, these are all instances that were determined – sometimes fatally – at the point of first contact by officers on the ground. These are largely one-on-one interactions gone horribly awry at the point that a police officer came into contact with a citizen. (Well, for half of the people involved. I’ll let you determine which half. Clue: it’s in the title.)

For the record, I only chose things that happened, resolved or caught real heat this year (2014), mostly to shut down people looking for any excuse to get out of exercising an ounce of empathy or humanity. Say, people who might treat a case from last year as if it’s ancient history. I maintain that if I had spent more than a couple of hours putting this list together I could have rolled out six exhibits that happened since football season started. 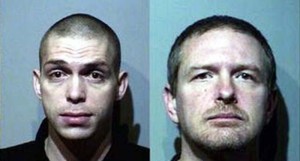 The first story we all know:  John Crawford III was shot by police within seconds of their arrival because a lie-riddled 911 call said he was brandishing a BB rifle in an Ohio Walmart in a threatening manner. Turns out he was shopping. You saw the video a hundred times if you watched any news at all in August.

By contrast, last week two white men in an Idaho Walmart picked up BB guns, loaded them and proceeded to fire them multiple times within the store while using threatening language. After having broken the entire book of laws regarding the use of devices that fire projectiles in public, they were handily arrested. The police managed to never fire a single shot at them.

No law broken = dead person. EVERY law broken, two times over = The Dukes of Hazzard.

2. 12 year-old with toy gun killed in 2 seconds vs. Man with real gun wounded after 30 minutes 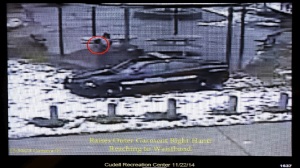 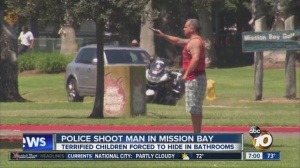 Tamir Rice was holding a BB gun in a Cleveland park. Police showed up and 2 seconds later, he was dead. All on video and indisputable, save for the fact that it’s very possible that the officer who shot him shouldn’t have even been a cop according to his last job.

Contrast that with the case of Lance Tamayo, a white man who spent 30 minutes holding a park hostage while negotiating with police in an open field, ignoring officers’ orders while waving a gun at people and officers. Police eventually wounded him with an exceedingly rare well-placed non-lethal shot.

Two seconds versus thirty minutes. I don’t know the sum total of what they teach at police academies, but I’m pretty sure there was a math test involving how much time one should take to determine if one should shoot to kill, and that whatever that amount of time is, it should be longer than two hop-out-the-car-blazing seconds, regardless of the race of the person holding the gun.

3. Man shot at, THEN tased, THEN charged vs. Woman with gun, in armor, shooting at people 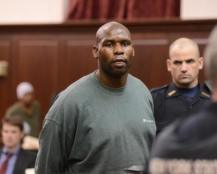 New York City has this metropolitan sheen to it, but really, it’s Deadwood with better shoe shopping. The police force there is making Ferguson look small time, with all the stories – and black bodies – that have been piling up around them since ever. Eric Garner’s chokehold death all but erased whatever pass they’ve been receiving since 9/11 from black folks, and many whites. That said, this is one of the most ridiculous stories I’ve seen out of their house lately, and I can use “ridiculous” here instead of “tragic” since the brother lived and I’m shaking my head instead of banging it on hard things.

An unarmed black man who was trying to lie down in the street is shot at twice by police, who, after hitting two women in a crowd because it’s fucking Times Square, decide to taser him. This seems to do the trick and they are then able to apprehend the man without further bullet-induced white women tears. Kind of makes you wonder why they shot at him to begin with, or why most police do given a situation when a non-lethal method would have clearly done the job. Must we go with the lethal option, even when there’s no gun? SO frequently?

The answer is, “no”, or at least it is if you’re a white woman wearing body armor and firing a gun at people while driving haphazardly around suburban Chattanooga. Julia Shields took to the streets on a clear rampage that ended with her parking without incident or injury and being arrested…after multiple shots fired and aiming her gun at police mid-chase. You know, ALLEGEDLY. 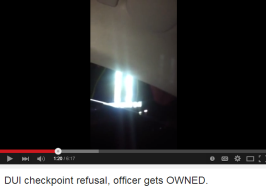 Not only is this one a little meta – it’s a camera recording footage of a man recording footage of a man being choked by the police – it’s also kind of sneaky of me: the guy getting his camera snatched (and then body-slammed) is white, so I was tempted to leave this off the list. I left it on because it’s an interesting example of how you can get fucked up by trying to do the right thing.

Which, when you look at the Baton Rouge video next to any of the one hundred or so checkpoint videos of white college kids spouting off their rights to officers and denying all of their requests, just seems surreal. If I recorded any version of that Know Your Rights conversation I’d be hauled out of the car and hit with a resisting arrest charge so fast my blackness would still be behind the wheel. I mean, seriously, these videos are both hilarious because of the balls on these kids, and depressing because you know, as a black person, that would go SO different. Every. Time. It’s like watching a dream you’ll never have.

For kicks, here’s one with a gun.

5. Man given 13 years for having 2 joints vs. Cornell grad with 50K worth of heroine

I could have used Eric Garner for the black side of this one but I thought that would look like I wasn’t trying hard enough. So I did the almost imperceptibly more difficult task of googling “black serving time for weed” and then my computer exploded from too many hits. Out of the many I could have chosen, the case of Bernard Noble seemed particularly egregious, seeing as how he was literally sentenced to 13 years in prison for having two joints on him. And while admittedly a number of the cases of people going away for years – or life – for minor weed possession (not distribution…possession) end up that way because of the three-strike laws in some states, many of them have no violence in their previous records. Think about that for a second: a person going away for a decade or more for having half a gram of weed, or a couple of joints…roughly the equivalent of a couple of Corn Flakes.

While you’re thinking about people’s lives rotting away over a bottle cap of weed, ponder the life of Keri Lynn Blakinger, who we should all congratulate for having recently acquired her college diploma. And not some prison-through-the-mail diploma: a bachelor’s in English from Cornell…after having spent less than 2 years in jail for possession of $50,000 worth of heroin. The local paper at the time of her arrest called her the “Queenpin” of Collegetown. Way to go Keri!

6. Teen held in jail for 3 years without cause vs. Giuliani’s shoplifting daughter picking up trash 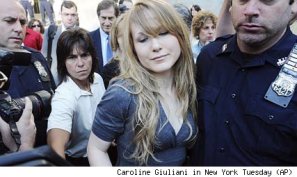 Understand the difference in weight class here: a 16 year old was picked up on the word – no evidence – of someone who said he stole his backpack…a story that changed under questioning on site. He was taken down to a precinct house, told he was likely going to be released later that day…and then wasn’t let out of Rikers prison for three years, despite never having a conviction or a trial or any evidence that he actually committed a crime. They just dropped the charges one day. He was literally run over by the legal system of New York.

Ponder now the case, also in New York, of Caroline Giuliani in 2010, who was caught red-handed stealing from a store and did community service. Red-handed. On video. I know, I know: it’s not a 2014 case. I beg the indulgence of the court of public opinion and move that we include this example on the grounds that former Mayor Rudy Giuliani as recently as five minutes ago has been on a talk show touring tear about how essentially black people commit so much crime we deserve whatever treatment we get. Mind you, he’s not even the last mayor before the current mayor, so who cares what he thinks? Apparently the media and police do, so as far as I’m concerned, as long as Rudy is weighing in, the glass house that is Caroline is fair game. In all fairness, I saved her for last even though you know damn well I could have gotten one from this year. I just wanted to put Rudy’s shit on the table since he’s being so high and mighty about crime these days.

So: is there a difference in how the justice system handles people of different races? The answer is so obvious that the question has jumped the shark to full-bore offensive status. Anybody arguing that there isn’t a difference in how the law responds to black people just likes giving social media users high blood pressure, or likely concludes every debate by yelling “Baba Booey” into a phone while Howard Stern laughs on the other end.